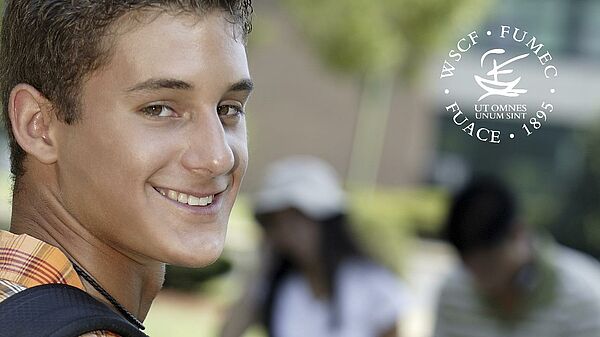 The WSCF was founded in 1895 by the US-American John Raleigh Mott. He was a progressive thinker and founder of worldwide ecumenical movements. (He laid the groundwork for the foundation of the Ecumenical Council of Churches, of which he was the Honorary Chairman. In 1946, he received the Nobel peace prize.) On the basis of this history, the WSCF is to this day committed to dialogue, ecumenical Christianity, social justice and peace.

Today, the WSCF has over one hundred national members, which can be divided into six regions: Africa, Asia-Pacific, Europe, Latin America and the Caribbean, Middle East and North America. The bureau of WSCF Global is located in Manila, Philippines. The Universal Day of Prayers for Students has been established in 1898 and is celebrated every third Sunday in February. The liturgy is prepared every year by a different region and often incorporates the annual theme.

Annette Klinke is your contact for WSCF at the office of Bundes-ESG.